I have a friend named Marc. Marc’s great to hang out with as he has a happy demeanor and possesses a sense of humor very similar to my own. We’ve been friends for a little over ten years now, since high school. 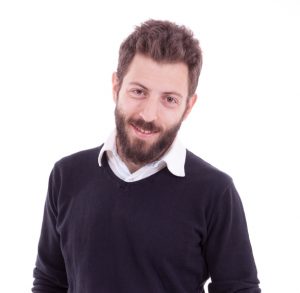 Now I will say this about Marc, he’s an awesome friend but, he can be a bit irresponsible. Not known for his financial acumen, he’s been in a number of financial tight spots. Let’s just say Marc is quicker to spend than he is to save money not to mention his work history is not a shining example of ambition and dedication by any stretch of the imagination. In his defense, he’s been improving by leaps and bounds in the area of steady employment.

Marc moved into his own apartment about a year ago, about the same time my wife gave birth to our son. It was during this time that Marc found himself in a financial predicament that could have unraveled a lot of what he had finally put together.
I was riding with Marc in his truck on the highway, coming home from a matinee at the movie theater, when we saw the flashing red and blue lights of a police cruiser behind us. We both looked instinctively at the speedometer… 85mph. I rolled my eyes as he just kind of shrugged. After what seemed like forever, the officer from the cruiser came up to Marc’s window. She asked for the usual license and registration which, after a minute of rummaging through the glove box, Marc was able to find tucked into his sun visor. 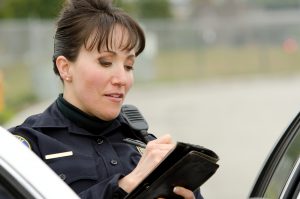 The officer told him he was getting a speeding ticket, which we both expected. She then mentioned that Marc had an unpaid ticket from a couple years prior, which Marc realized he had forgotten all about. She warned Marc that he needed to pay off that previous ticket ASAP as she was technically authorized to take him in. As it was, she let us continue home but gave Marc ten days to pay off the old ticket and arrange payment for tonight’s.

The new ticket could be paid off in installments but the old one needed to be paid in full or Marc could expect to spend a week in jail. It was for $450. Marc was worried because he had just gotten the new apartment and the 1st of the month was in 4 days so, rent would be due. I wanted to help but I was up to my eyes in hospital bills from my son being born. I could tell Marc understood my situation and, despite his predicament, he never suggested I lend him the money.

We passed a billboard with an ad for a cash advance and I saw Marc’s face light up. “No way” I said. He asked me why not and I explained how those type of loans are a bad idea. My wife’s sister got one a few years prior and afterwards was constantly harassed by telemarketers night and day trying to get her to borrow from them or buy random services. It turns out the company she got her loan from sold her info to a bunch of other companies. I also told him how the interest rate was high and it would be hard to pay back.

Marc was really worried. If he couldn’t pay, he could go to jail. It would only be for a week or so but, it could look really bad for him at work and possibly cost him his job. I told him to go to the bank and apply for a loan. He agreed to do that. 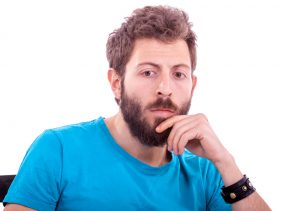 Two days passed and I stopped by Marc’s apartment after work to see how he was doing. He was in a particularly glum mood. Marc informed me he had applied for a loan at a couple banks over his lunch hour. No luck. He said the one didn’t like his credit score and the other told him immediately that the amount was too small to be of interest. I told him not to give up and that there had to be a way to get the necessary funds.

Another couple days had passed and Marc stopped by my place. He looked like he was back to his old happy self. I asked him if he had gotten a loan. He nodded and told me he had gotten a payday loan. I’ll admit, I was a little angry with him. I asked why he would do that after what I told him about those kind of loans and to avoid them.
He smiled and said “Yeah, you did say some bad stuff about cash advances and payday loans but, I was always running into a dead end with the banks. I remembered what you said so, I decided to do some research.”

I was skeptical but heard him out. Marc continued, “I searched online and looked into some reviews on payday loans. One forum I checked out recommended using a direct lender. Using a direct lender helps people skip any middle-men who are likely to profit from selling personal information.

“As for interest rates, these loans are very short term. They aren’t for long drawn out periods of time, like other loans. It doesn’t add up to that much if you pay it off when you’re supposed to. I did some number crunching and came up with what I could afford to borrow. I then found a direct lender and they didn’t worry about my credit score and were willing to lend me the $400 I wanted. I have the other $50 so, I should be alright. I’ll have it all paid off in the next two paychecks.”

I was stunned. I thought all payday loans were bad but, Marc really educated me on some things I hadn’t considered. He really looked at the facts and, I got to admit, he convinced me that there’s a right way to get a payday loan. It’s easier than I thought, too.

I was glad he sorted the mess with the tickets out. However, I think I was more proud of how Marc handled the situation so responsibly and of the personal growth he exhibited.